So I finally pulled my finger out and decided to restart my gauge pod development for the Galant.

From the start I wanted to replace the factory clock as it was a bit dickie anyway and my new (at the time) head unit has a clock on it.

My checklist was:
I had this laser cut for me (for free thankfully) about 3 years ago, but I found out once I got stuck into it that it was too tall and it was hitting the windshield: 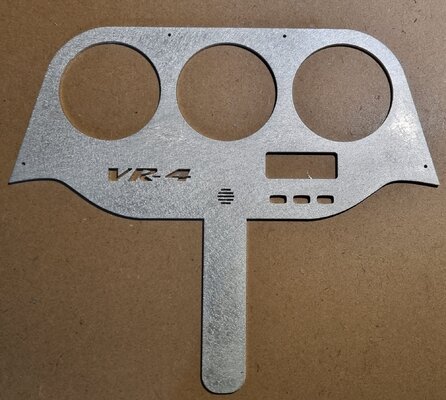 The intention of the long tab was to bend it to suit a potential mounting location and angle then make up a canopy on the back to suit, in the bin...

I hate working with fiberglass and ended up giving up on the idea for a good while (a suspected blown transfer case soured me on the whole car tbqh) and then I gained access to a 3D Printer.

Utilizing AutoCAD and a carpenter's comb (because screw paying $135p/h for someone to scan a 300x300mm area of the dashboard and develop a usable surface, quoted 20-40 hours work pffft jog on!) I started mostly fresh and came up with this: 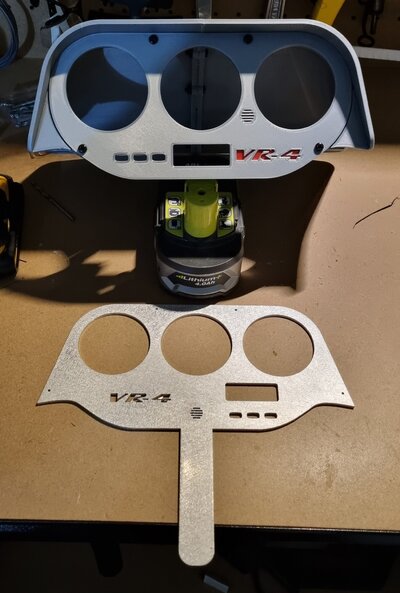 Overall it is about 15 - 20mm shorter that the original aluminum plate and fits into the factory recess pretty well, by the time I wrap in it trimming foam and vinyl the gap will be practically nil. Might even get the mother-in-law to put some red stitching on it.

The faceplate is bolted in place with 4 bolts and can be removed to work on the gauges or any of the electronics inside without removing the whole pod itself. Behind the faceplate all the factory clock gear fit in well, has a cover over everything and I think (final test fit pending) I will not have to modify my clock cable length. 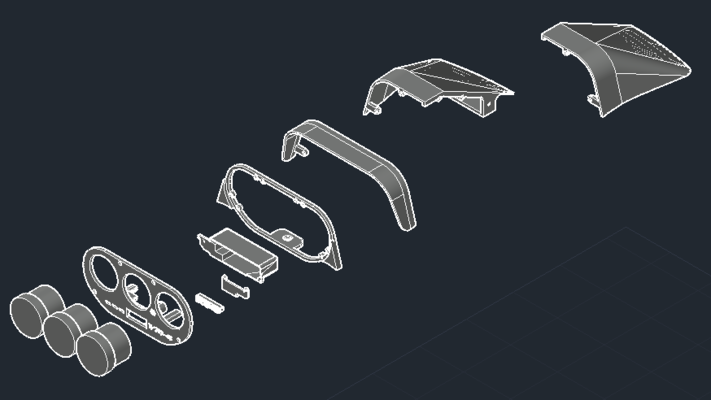 The body of the pod is bolted and then fusion welded to itself with a soldering iron just to make sure it won't come apart, I probably don't need the bolts but I'll leave them in. 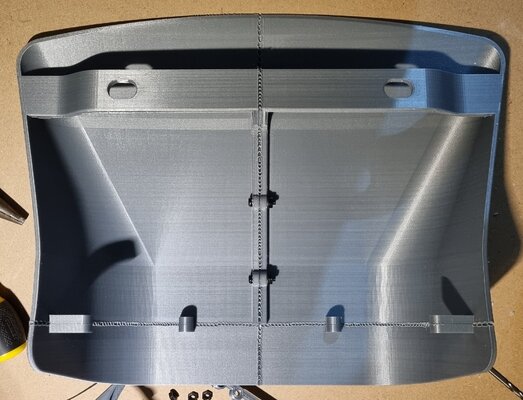 It uses the factory clock mounting holes towards the rear of the pod to mount it to the dashboard, unfortunately I have to drill 1 (one) hole at the front of the dashboard to anchor it, otherwise it'll bounce around. I have an idea, just need to see if it'll work, or perhaps a Velcro strip or something?

I am very happy with how this turned out, after quite easily 80hrs+ of development and modeling, a few tweaks and it will be ready for the actual print. The prototype is made of PLA which will deform sitting under a car windshield on a 40 degree summer day, so I'll be doing the final run in ABS.

Printing time of all the parts is around 4-7 days (the rear pod halves are 49 hours alone).

Some extra photos of the prototype fitted on the dash: 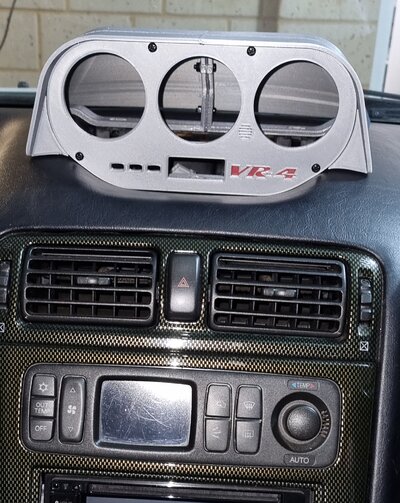 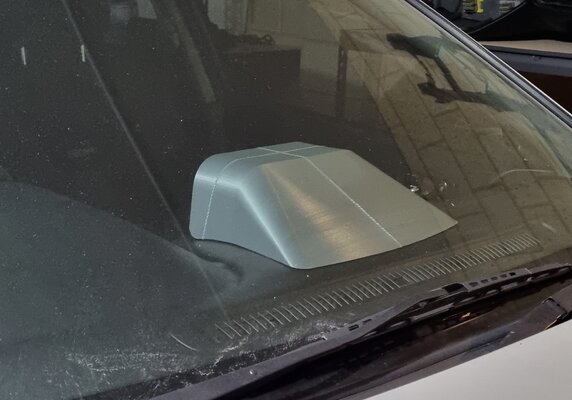 I'll update this post over the coming weeks, ABS is notoriously hard to print with, so might take me a while to get it going.

Also huge thanks to @Zaino for helping me out with a 2nd loose dashboard so I didn't have to awkwardly work it all out in the car!

***Note to self: update "My Ride" thread once the project is finished***

I started measuring out something to clip in same location but will hold an LCD as I want to display a bunch of parameters, but finding time for anything these days is a struggle.

PETG might be a better alternative, found it easier to print than ABS and *almost* has the same characteristics to ABS.

I started measuring out something to clip in same location but will hold an LCD as I want to display a bunch of parameters, but finding time for anything these days is a struggle.

PETG might be a better alternative, found it easier to print than ABS and *almost* has the same characteristics to ABS.
Click to expand...

Having the printer available to me has made it a much more enjoyable process, and I'm learning heaps about the 3d printing world, these printers are stupid handy! In the same vein, I don't have the same time nowadays to get my hands dirty like I used to, but doing all the design modelling and pressing "start" is a huge time saver.

The beauty about this pod is if I ever wanted to go from gauges to a screen (doubt it but you never know...) I could just modify the face plate to suit and swap them over, would bolt straight in no worries.

I thought about going PETG too being almost a middle ground between PLA and ABS printability wise, but I have a reel of black ABS that hasn't been used by anyone, figured I'd give it a crack and see how it goes.
M

Looks neat and I like how it retains the factory clock. Face plate has an added benefit of accommodating 52/60mm gauges too!

Have you looked at ASA? Similar properties to ABS but easier to print.

Also look up "ironing" it is all the rage now - will be hard to achieve on the pod but easy on the gauge plate.

mezje said:
Looks neat and I like how it retains the factory clock. Face plate has an added benefit of accommodating 52/60mm gauges too!

Have you looked at ASA? Similar properties to ABS but easier to print.

Also look up "ironing" it is all the rage now - will be hard to achieve on the pod but easy on the gauge plate.
Click to expand...

So far after making a few small changes I have printed 3 of the 6 main parts in ABS and so far so good! ASA was another option I looked at, but I had the ABS handy.

I worked out that the trick to stop the warping and retain the adhesion to the heat bed was to turn off the cooling fan. I guess letting the model cool "naturally" helps a lot rather than blasting it with cool air...

I usually have the ironing on top surfaces as standard, but I'm actually looking at using a textured plate for the main face plate, would have a "bitumen" sorta finish, almost like what is under the tinted plastic of the original clock unit (if you've seen it you'll know what I mean).

Otherwise I was thinking of wrapping it in a carbon fiber look finish, in which case I would rewrap the other dash pieces to match. If I do THAT I might just buy a set of non carbon trims and wrap them...
M

To get a texture I wonder if you could try vapour smoothing it with acetone and while its soft press on a texture?
You must log in or register to reply here.