hey i was just wondering if the Engines in the Legnums and the Galants are free rolling, so that IF something goes wrong we might know how much damage may be done.

nope! you'll bend about half of your valves. If you need to change your cambelt, just do it!

From what I know about the subject Jarred (not a great deal!) mostly your small engined cars are the only ones that are free rolling. Most larger engined and all high performance cars have overlapping valve & piston travel.

Hence one of the first things I'm doing to mine when it gets here is replacing the timing belt for a measly $242!

ie, in the event of a cam belt snapping
G

SiliconAngel said:
From what I know about the subject Jarred (not a great deal!) mostly your small engined cars are the only ones that are free rolling. Most larger engined and all high performance cars have overlapping valve & piston travel.

Hence one of the first things I'm doing to mine when it gets here is replacing the timing belt for a measly $242!
Click to expand...

$242? for the belt maybe? Get the belt checked, but be prepared to pay more then that to get it changed by a mechanic, you have half a day's labor to even get the sucker off IMO From what i have heard from the NZ guys is that you are looking at $1000ish, and also factor in a new water pump while you are at it
B

i paid 850$ to get my na 6a13 shoc belts changed,
that was everything thou, water pump, tensioners, idlers, other aux belts,
was a half days work.

no point in only doing the belt as it would have to come off again to change the idles/tensioners, water pump,

mitchy said:
can spin the crank and not the cam shafts (or vice versa) and the pistons/valve wont collide

ie, in the event of a cam belt snapping
Click to expand...

Yep, first (ok, probably fourth or fifth ) thing I'm doing to it once I get it is taking it apart to do the belt and tensioner myself. I've found its a great way to learn about a new second-hand car and check it over mechanically

Carsten can you explain what you mean by idlers?
G

do you have caps??

ive just sent the latest version of caps to GavDaniels (Gavin)
he should have it in 3-10 days according to the post lady....

Gly said:
ive just sent the latest version of caps to GavDaniels (Gavin)
he should have it in 3-10 days according to the post lady....

Don't warry Joe, CAPS is the mitsi part's program, you need the NZ version to look up bits for the Legnum or Galant.

I have a Copy, And have had it working fine, but it can be a bit tricky to set up

Carsten PM me your bank details and I'll get it sent to you. Once I've got a copy I'll stick the whole thing up on box.net so anyone can grab it
G

well jase ill talk to you more bout it at next meet cause im retarted..
H

o.k guys. This is from my experience.. I had posted(at the older forum) about some of my initial problems with the getting the legnum registered due to roadworthy(car was too low) as some of you may remember. That however was nothing compared to what I had to cop later on.

After getting roadworthy, I had issues getting the car registered because it was not listed in Vicroad's database. Anyways got everything sorted out and got it registered. the very next day , I just went out for a drive and to wash the car and buy some detailing products, on the way back the engine stalls and car rolls to a stop. Got it towed home by RACV and their mechanic said the Timing belt had broken.

I later stripped the motor(who else would have done it??) and noted broken belt and also that all inlet valves were bent. I also noticed that the water pump seemed sloppy, which is what I suspect caused the belt to shred at only 58000kms. I sourced the following parts from different places, including kempy's and some genuine parts from ebay and through mitsu. 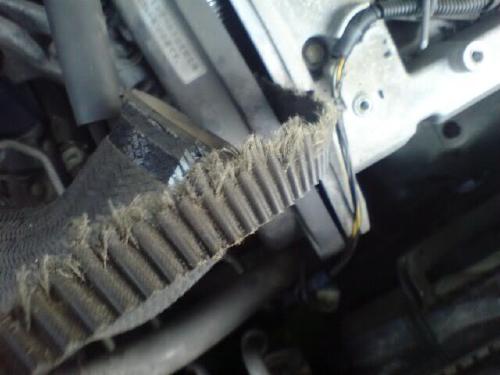 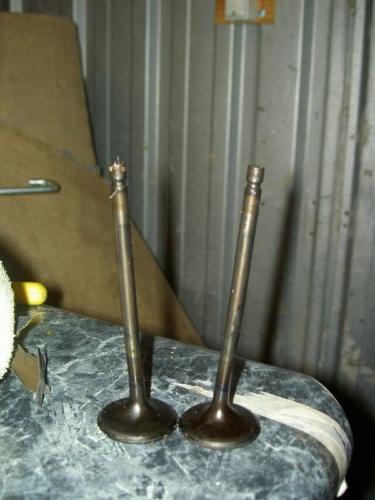 Parts I changed and would recommend changed:

I also had to change all gaskets related to the heads and cam oil seals because heads had to be taken out for a valve job. 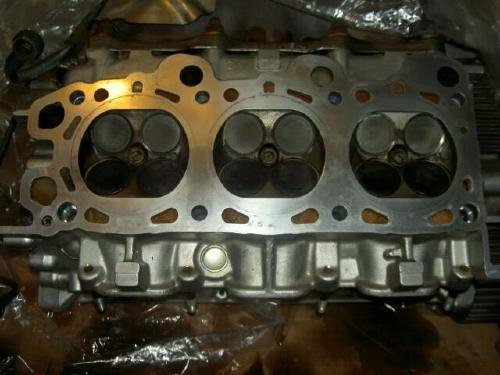 meanwhile I had the lash adjusters cleaned and checked as per workshop manual and it does make a big difference. The car sounds so much quiter now.

Now does all this trouble put me off a VR4?? No Way! The performance now and the joy of driving it is worth it. Also I now know much more about the car(especially after fitting the rear bank cams the wrong way around the first time!!).

Anyway I still have two sets of headgaskets left over if anyone needs some in the future. one is from RPW (carbon elastomer type) and the other is AJUSA MLS. I personally decided to go with the stock ones.

I have currently driven it for three weeks after repair and also had the oil changed again twice just to keep things clean. 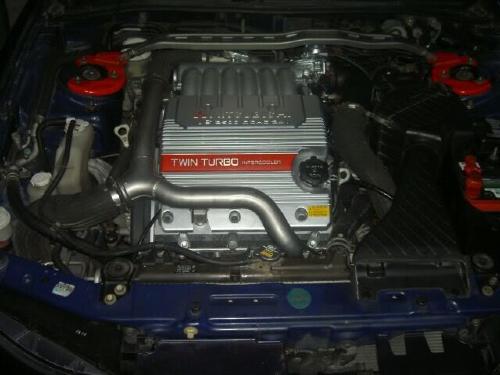 Motor all back together again and now running fine.


I have also flushed out the transmission which has fixed the issue of shuddering at a constant speed of about 60-65km/h when the ATF had warmed up(lockup clutch issue).

Damn thats not good, all that is going onto my list of things to check when i get my car.

Sheesh that's REALLY not good - glad to hear its all back together and running fine! And thanks HEAPS for taking the time to write that up on here!!
You must log in or register to reply here.

P
For Sale NSW Engine 6A13 & Gearbox from VR4 Facelift

For Sale SA Recaro bucket seat, 6A13, Alternator and 3 port
2

Where the heck is the engine number on the 6A13?