After the meeting I attended the other week several people wanted to know what cars I had as they'd seen some pics so I thought although I'd been on here a while I'd introduce myself and show off some pics.

Quick business introduction for J-Spec Imports first of all:
http://www.ozvr4.com/forums/forumdisplay.php?f=23

And on to me:
My early car life basically revolved around twin turbo 300ZX's (Z32), I've owned a couple over a period of about 7 years and have quite a passion for them. I founded and run www.aus300zx.com and was pretty heavily involved in the Z32 community. After such a long time with the same car I decided it was time for a change so I sold my beautiful Z, here are the cars I currently own. I am a chronic "buy-a-car-and-then-can't-be-stuffed-selling-it" person and thanks to the opportunities my chosen trade presents it's far too easy to feed my addiction. Admitting I have a problem is the first step! As such while I've owned quite a lot of cars over the years but these are the ones which I currently own and would consider in one way or another to be MINE:

Current daily driver: 1990 Toyota Celsior with Admiration widebody kit. Imported during the 15 year old rule days (which are sadly over), I've always been into VIP in a big way, this one was too good to pass up.
Very old photos: 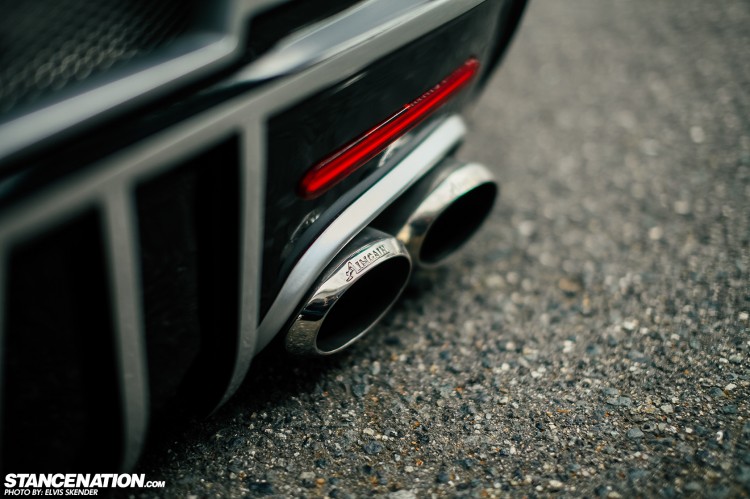 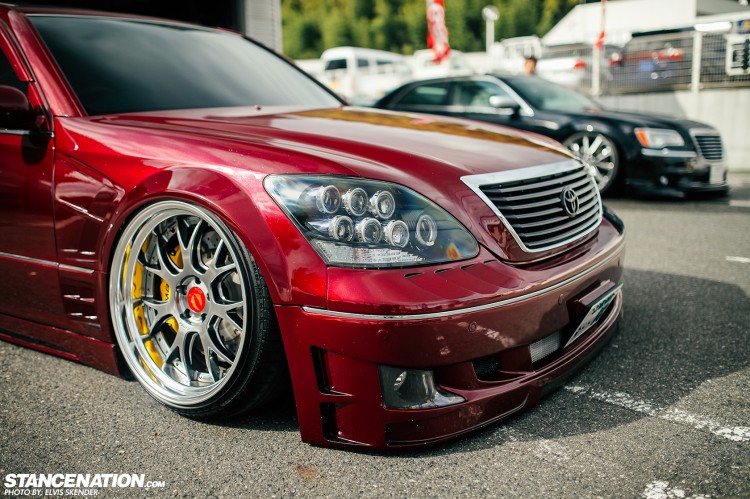 Then when I want to go fast (ie the track car):

The track car which this replaces (which I need to get off my ass and sell): 180SX with custom R32 front end conversion:

And finally the 'I-wasn't-even-looking-to-buy-one-but-it-was-too-stupid-cheap-to-not-buy" Corvette Stingray (not a great photo):

That's a pretty wide variety of cars Ben. I would be no good in your job, as I would try to find the finances to buy just about everything that takes my fancy

How wide are the rims on the Celsior ?
G

Yeah it's got Sky80 plates, it was a customs job done in Japan with metal front guards. I need to pull my finger out and sell it, it's been sitting at the back of the driveway doing nothing for 6 months.

IMO they look better than the 20's

hey ben about time you posted good to see you finally did it, welcome

ps why isnt magic wind showing on map yet ?

That is one of the best looking Celsiors I've seen!

Some widebody kits on these are too over the top for my liking, but this looks very cool. Can't decide between the rims either, love them both but I think I'd take the 20's! 20x12 = dish
S

Dude, do people duck when you cruise down the street in that black monster?
G

that has to be the best VIP car i have ever seen, very tasteful.
B

That celsior is awesome. I've never been a fan of the vip look, but I really like that one.

And the Corvette is one of my favourite cars of all time. What engine and gearbox does it have? Make sure that when you sell it that you offer it to me

The Vette has a 350 Chev (5.7L) with a 3 speed auto.... meh you can't have the good stuff at the price I paid. The exhaust has some holes in it so it's pretty loud, at full noise the sounds is just transcendental....

Some tard in Japan put a 650 Holly carby (WAY too big) on it so it drinks fuel like you wouldn't believe (250km per tank) and fouls the plugs if you don't drive it hard... I've borrowed a more reasonably sized carb from a friend, that should stop it from stranding me at busy intersections when the plugs foul and it won't start again. Fun

Im with bradc, im not usually a fan of vip style cars but celsior is crazy, i like it!!

I think your driveway would be very full but look pretty good.....
G

Good to see you putting your cars on here Ben, You still have a few more to get before you have them all

What is your asking price on the 180? and just how track spec is it?
G

jmo said:
Good to see you putting your cars on here Ben, You still have a few more to get before you have them all

What is your asking price on the 180? and just how track spec is it?
Click to expand...


I'm after a little over 10 grand for the Sky80, it's probably worth a lot more given the unique nature of the front end conversion, but I'd be happier with an easy sale.

It's not that serious a track car and in fact it saw the track a pitifully small amount of time which is why part of why I decided it had to go. It's seen about 10 hard laps in it's life, the rest has been on the skid pan which is pretty easy on a car.

It's got a reasonable amount of mods but I wouldn't call it that fast... it's a CA18DET with a T25G turbo which holds it back a lot, I think a big turbo cramming some air down it's throat would really convert it but as is it's not that quick power wise. Brakes are 300ZX/R32 4 pot with Brembo disks, suspension is coilovers with various Cusco and Top Secret arms, GTR swaybar, etc. I can post all the mods and more pics if interested.
You must log in or register to reply here.
Top Bottom