Was in city today with me mate from NZ (Mullet man) showing him around left the car at the train station only to get back and it wasn't there..

Went down to police station and they told me that it hadn't been stolen but that a constable had got it towed because it had been broken into and they couldn't contact me.

The damage is as follows, some little c*** has broken the drivers window, stolen the stereo, boost gauge, and maybe a ipod from glovebox can't remember some cd's dvd's and thats about it i hope..

The towing company damaged the front kit from putting it on the flatbed truck, bent the towbar

the cop broke the pins on the bonnet, and cut the wires to the siren of the alarm to shut it up, but being battery backup id didn't stop.

so far thats all here some pics... 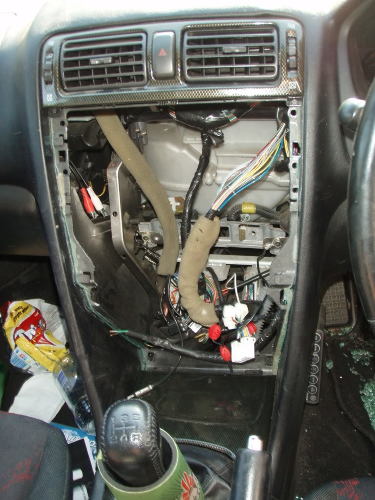 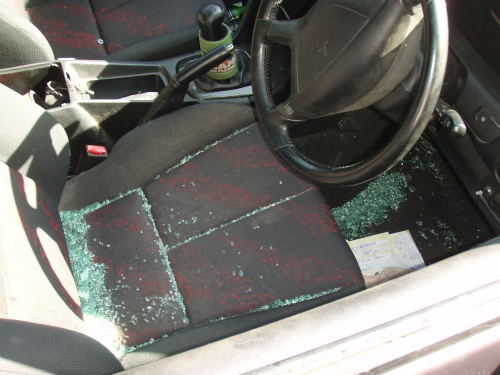 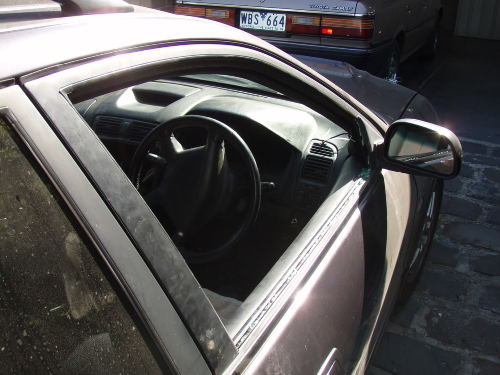 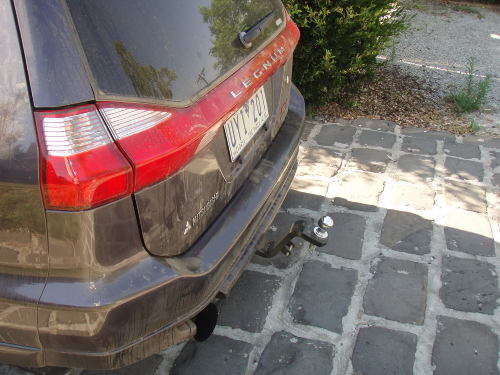 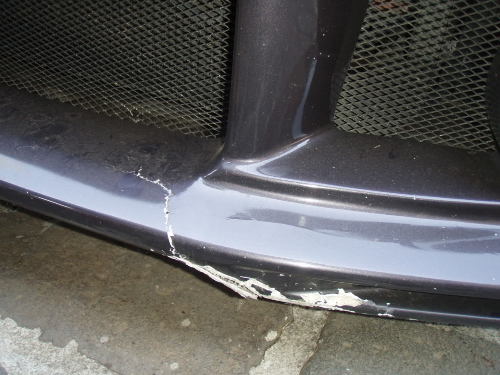 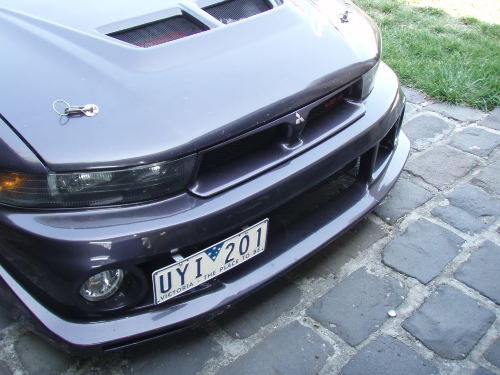 Oh crap! Really sorry to hear this Bryan - it's a horrible feeling knowing some like b*stard has been through your car.

I guess there's no chance of getting prints if the cops and the tow company have been through the car?

Are the towing company liable for damage?

Holy smokes that sux ... I hope u can claim it all back on insurance and get the insurance company to chase down the dollars from the tow company. Can't beleive the cops have it towed away ...

At least ur stubby holder is still there ...

Yea stoked about the stubbie holder that was from new years, no point claiming insurance i didn't state on the policy about the stereo and the excess is 1100 all up so no point for window.

OH NO It had an alarm too and noone took any notice, you must feel sick.

At least they didn't drive it and kill the engine or crash it.

What a sad day for you

F**k. that really suxs. Bad enough to have the car broken into but to have it damaged even further because the cops wanted it towed away. Good luck getting the tow company to cough up the money although I think that they are liable for the the damage caused when they moved it.

That sucks. you work hard for a good car and some little shit just takes it away and it get damaged on the way
S

Oh Bryan. That's horrible man. I'd be looking at having your insurance company look into the damage by the towing company as they will probably just tell you to bugger off.

At least you didn't lose the whole car dude. Just think if those little punks had stolen it and then set fire to it...

Karma will deal with them, oh yes it will.
G

i take it the center dash panel is completely ****ed aswell,
will be a PITA to replace that, silver carbon is not the easiest to find.

and how did the cop break the bonnet pins?? there not that hard to work out how to undo??!!

THAT'S JUST ALL ****ED UP.. all of us here know how much we appreciate these cars.. and some little punks just decides to break in cause of the stereo... hope you've got a baseball bat in your boot for future ref... and hopefully you see the ****ers who did this to your car.. whether they're just little kids or adults.. they MUST be punished.. in a lawful manner.. (after you swing your bat around for several times)

Insurance told me to take it up with tow company, cop was stupid i guess cut the wires to the siren but being battery backup didn't work, he must of just pulled the pins too hard cause the screws on one were ripped out oh and center console not too bad of shape just scratched but there is a couple of broken pieces of plastic not sure were from tho

I'd Kill the wankers who stole your shit, the cop is a clown and the towies were jealous because they dont own a VR4, im guessin the towies ripped your shit off bro. But thats just how I would deal with this situation...................hmmm I have to remind myself this is australia not Iraq.

that is crap Bryan, sorry to hear. Sounds like a comedy of errors on both the cops and towies accounts. Good luck with taking it up with the towing company, im sure they will be wankers about the whole thing

Theres a wrecker in Adelaide that has a half cut with the 'carbon fibre' centre console if you want me to look into that for you?

Shit man, I am so sorry about what has happend. I hope you get it sorted out quickly and smoothly. Damn I hate car theives !! Lets hope the little bastards get what they deserve.
G

You have my sympathy. It's a crap feeling compounded by bad handling of the vehicle.

Oh Bryan that's AWFUL dude!! I'm so sorry man. Ironically the busted bar is the worst of the lot IMO! How crap, if any of us can help in any way just say the word and I'm sure you'll have no end of helpful offers
G

Far out, I feel so sorry for you, thats terrible. It makes me sick thinking that someone would do that to my own car.

Lets hunt these little f*ckers down!
B

thats terrible dude. I'd be getting the towing company and the cops to shell out for all of the damage they did to the car.
S

Good point Brad. I wonder if it's worth ringing the police station and asking if they have insurance for damage they cause? I mean, they didnt have to "rip" out the pins nor did they have to cut the alarm system out! Surley there would have been an easier way, like tipping it when it went on the back of the tray?

Last Friday afternoon the alarm in the house across the street from me was set off. Stuck my nose outside, walked across the street, no one home but didn't look like any doors or windows were open / broken. 15 minutes later it shut off. Only to come on again a couple of hours later. I rang the cops, they sent a car out. I was woken at 2am by the alarm again. Called the cops and asked if they could please shut it off, but they said they would have to disconnect the battery from the siren which would mean opening up the device, which was unlikely. They sent another car out.

The thing kept going off every two hours for two days until Sunday morning. Living directly across from it made it impossible to sleep. Cops said you couldn't charge someone on excessive noise due to the nature of the noise (ie alarm system). Basically the whole neighbourhood just had to live with it until the occupants returned as the cops refused to do anything, and the local council offices were closed.

BTW, doesn't your alarm have a tilt sensor that should have shut it off once it was raised on a tow truck? I suppose that wouldn't work if they'd used a flat-bed anyway...
You must log in or register to reply here.

B
missing heavy under light load.
2

missing at any thing above 0 boost.

Feels like missing teeth, front grinding and grabbing badly only on some take-offs in first gear.
2